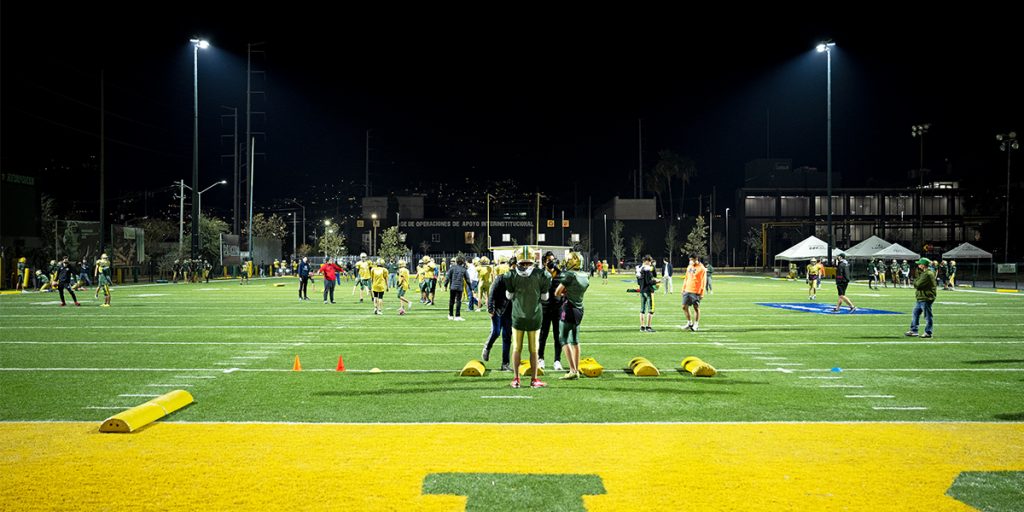 In Monterrey, México, American football is just as popular as world football, and Club Avispones is an iconic youth team in the highly respected Monterrey Football League. When the club moved its practice and competition facility to a new area in 2017, team leaders wanted to ensure the new site had top-notch sports infrastructure. After installing synthetic turf on the competition pitch, the club wanted new LED sports floodlighting to replace its inefficient metal halide system, which was mounted on short, wooden columns and failing to provide the light levels and uniformity needed for player safety. It was also important that any new lighting supplier provide a 10-year parts and labour warranty.

Club Avispones evaluated several LED sports lighting manufacturers and found that none could match Musco’s warranty or experience, which includes lighting the Estadio de Béisbol Monterrey and many National Football League stadiums in the U.S. Club leaders chose to retrofit Musco’s TLC for LED™ technology onto recently installed steel columns. The custom optics and patented visoring improve light levels and uniformity on the pitch without affecting players’ or spectators’ vision with glare. When it was discovered that another contractor had installed the columns incorrectly, Musco re-aimed the luminaires and adjusted the cross-arms for free thanks to its warranty that covers every part and all labour for 10 years. Club Avispones now enjoys the same lighting quality as professional stadiums at a fraction of the cost. 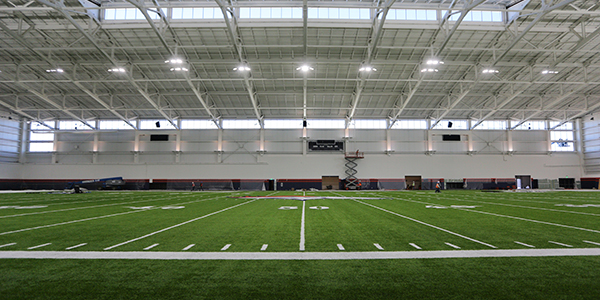