Bosse Field opened in 1915 and served as a filming location for the 1992 movie A League of Their Own before becoming the current home of the Evansville Otters of the independent Frontier League. Without any major upgrades since 1958, several of the stadium’s features were outdated, including its lighting system. Turning on the lights was a 15-minute process that, if done incorrectly, caused an electrical surge that would disconnect power throughout the ballpark. To resolve this issue, Evansville began the search for an advanced lighting solution. In addition to simplifying operation, the new system needed to preserve the traditional ballpark feel while helping to modernize the stadium’s technological capabilities.

After learning of Musco’s unparalleled experience and advanced lighting solutions, project leaders opted for the manufacturer’s Total Light Control – TLC for LED™ as a retrofit solution to allow new fixtures to be mounted to Bosse Field’s original light poles. Musco’s Control-Link® controls and monitoring service enables staff to operate the lights instantly via smartphone and includes 24/7 monitoring of the system’s performance. To help take game nights to the next level, the system includes Musco’s Show-Light® entertainment package to produce cutting-edge light shows and special effects for exciting celebrations and an unmatched visual experience.

“Working with Musco to enhance the usability of this historic field was an excellent experience for us. Utilizing performance contracting and working with Energy Systems Group (ESG) and Musco, the customer was able to make major enhancements to their lighting systems while adding multiple entertainment features. From engineering to final project checkout, Musco was very responsive and together we left a happy customer and an excellent fan experience for all that attend.” 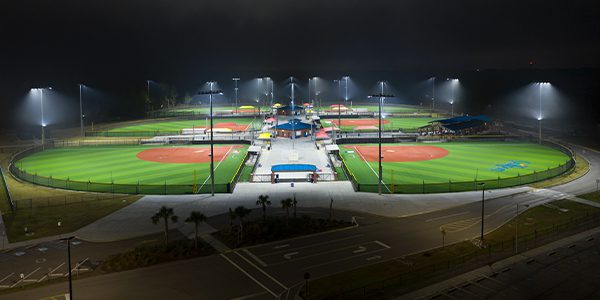 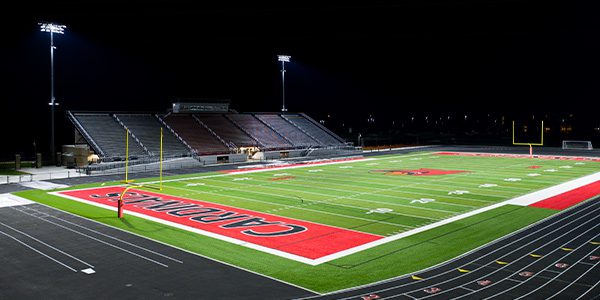