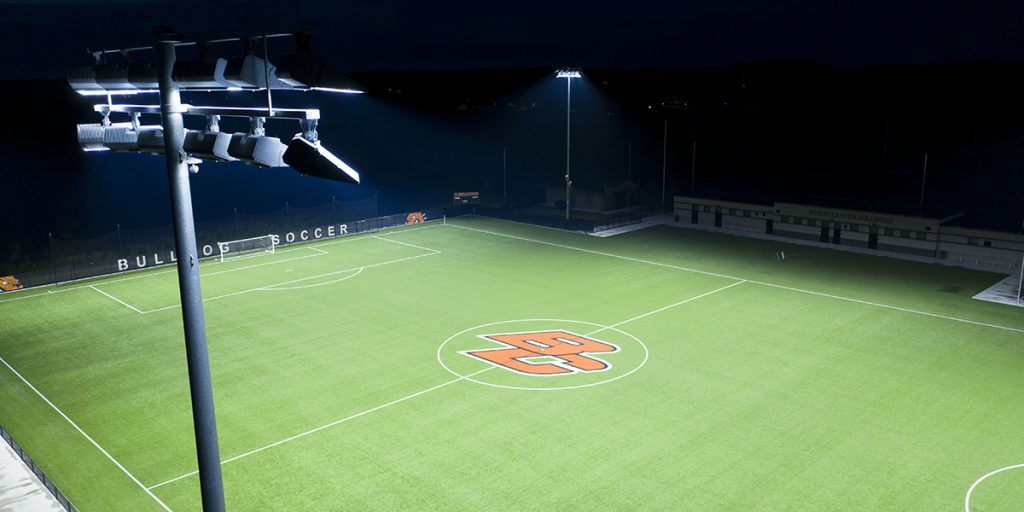 “In adding a new soccer and tennis facility, lighting allowed for more flexible scheduling and more teams being able to use the facility into the later hours, especially in the fall and spring. Musco had what we were looking for and we have used Musco in the past, keeping consistency in our projects. We were very satisfied with the overall final product.”

Byron Center Public School District recently built its West Athletic Complex just north of their middle school, a major first step in the district’s $68 million, three-year physical upgrade project. For the complex, the district wanted a lighting system that would deliver exceptional on-field visibility for students while minimizing glare from affecting nearby roads.
After developing a strong relationship and learning the benefits of the system, the School District turned to Musco and its Total Light Control—TLC for LED® system.