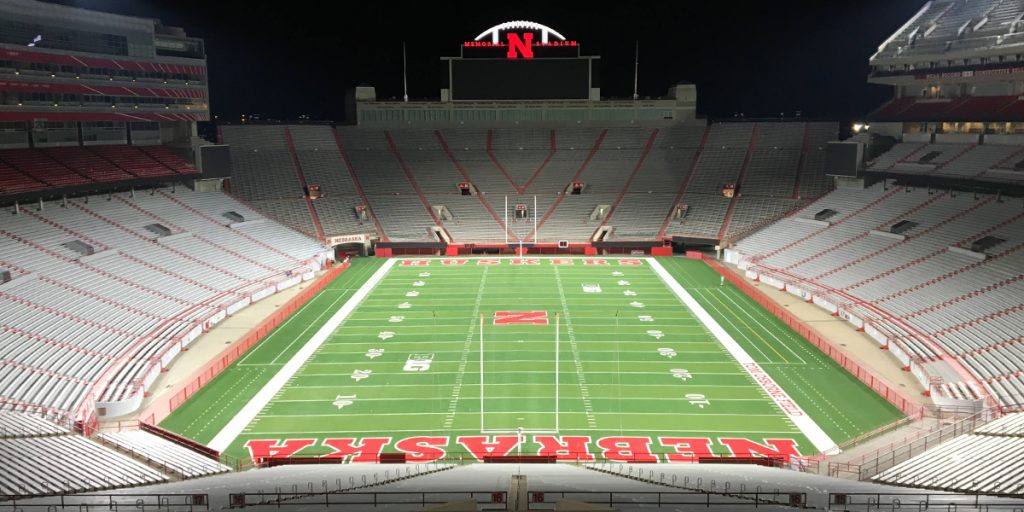 “The new Musco lighting system will help take our fan experience to the next level. The new system allows us to create different special effects and really adds to the stadium game day atmosphere.”

Tradition-rich Memorial Stadium, home to the Nebraska Cornhuskers, has been the site of some of college football’s most memorable games. It wasn’t until 1999 that the stadium was outfitted with permanent lighting, which served the venue for nearly 20 years. Among the shortcomings of those original lights was a lack of uniformity—both end zones appeared slightly darker than the rest of the field—and inefficiency, as they could take 15 minutes to power up.

With those issues in mind, and replacement parts becoming harder to find, the University determined it was time for new lighting. Project leaders were keenly aware of LED and had monitored its evolution over the past few years, wanting to be confident in the technology’s reliability and cost-effectiveness before moving ahead with it. After observing Musco’s Total Light Control – TLC for LED™ technology at other major college venues including Notre Dame Stadium and Los Angeles Memorial Coliseum, they’d found their partner and had the system installed.

Key benefits to the University include:

Additionally, with Musco’s 25-year warranty covering parts and labor, the University won’t have to handle maintenance to the system, or pay for any parts and labor until 2043. 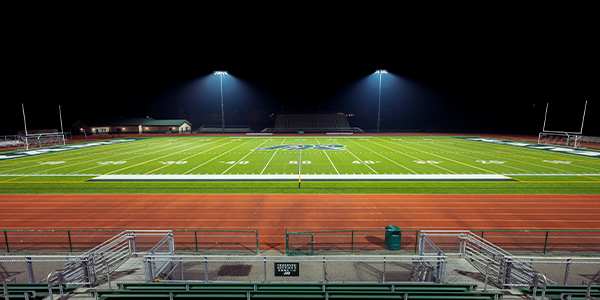 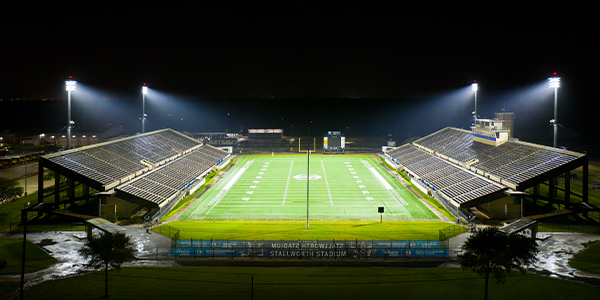