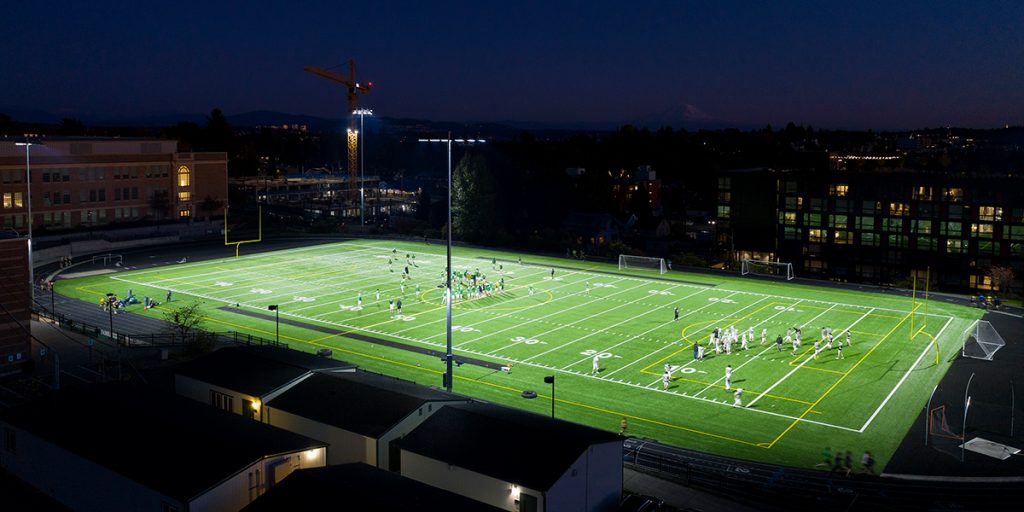 “We were well aware of Musco’s capabilities and the quality of their solutions in researching their previous sports lighting projects. Roosevelt presented some unique challenges, from issues with neighbors living so close to the stadium to installing poles in such a condensed area. Musco’s expertise helped overcome those challenges, their
TLC for LED system has helped us accomplish all of our lighting goals there. And knowing that we won’t have to pay any maintenance for 25 years is very reassuring.”

When the Seattle School Board made the decision to change high school bell times district-wide, Roosevelt High School’s start time was adjusted to later in the morning, thus requiring the school’s fall sports teams to practice later in the afternoon. To compensate for time change, new sports lighting was installed at Roosevelt’s football stadium. Situated in Seattle’s dense urban setting, the stadium needed lighting that wouldn’t negatively impact the surrounding area, including a large apartment complex directly across the street to the south. Seattle Public Schools had partnered with Musco on previous lighting projects, was confident that the TLC for LED® system could overcome unique challenges associated with the project, and bring “Friday Night Lights” to Roosevelt’s players and fans. 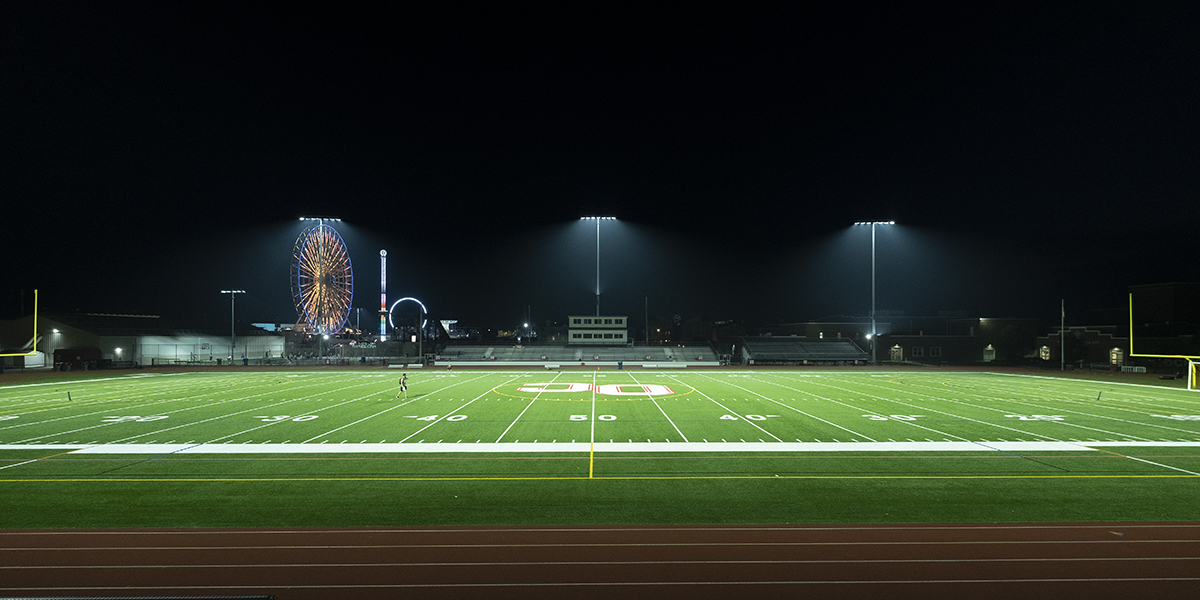 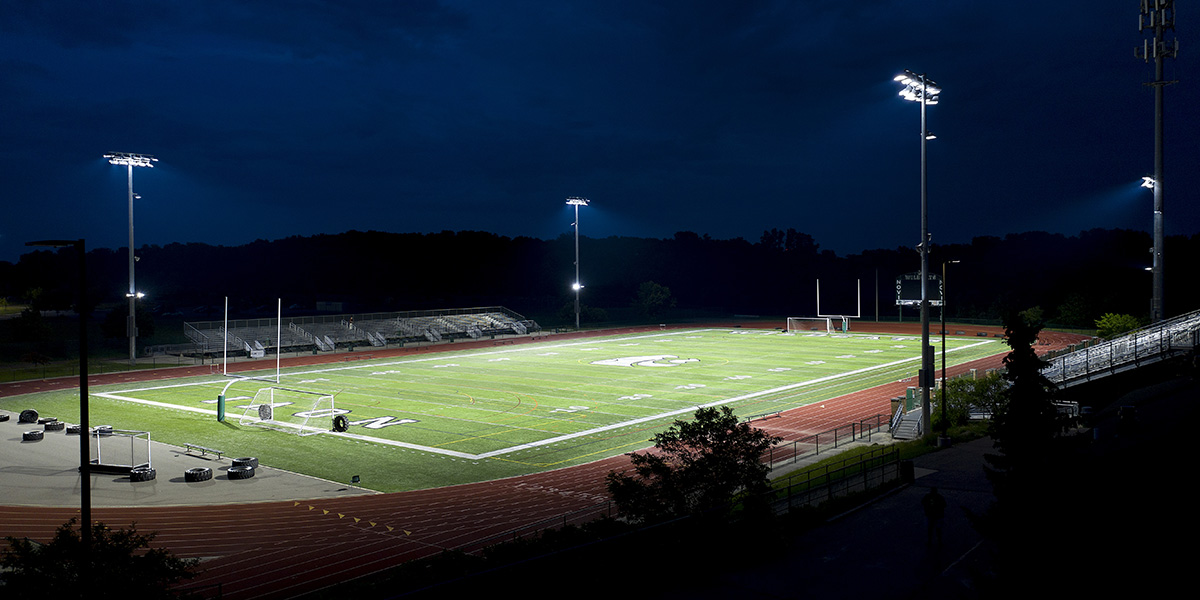 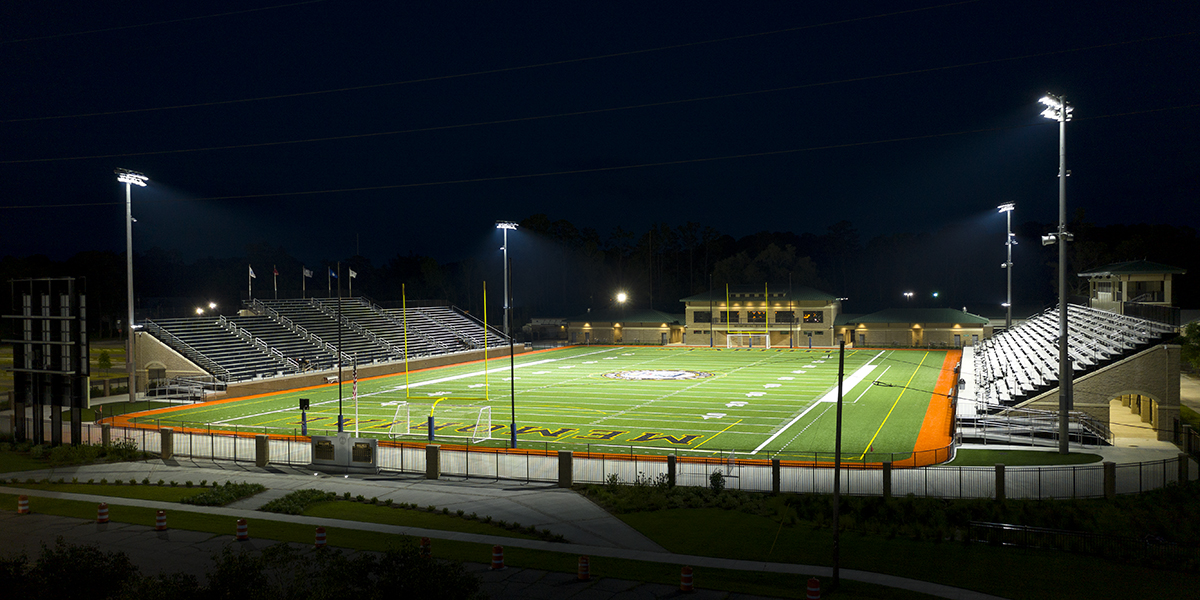