“The addition of Musco LED lights to our soccer complex renovation was a big upgrade. We were able to increase the light levels on the field, focus the light more directly to help eliminate the spill over as well as cutting our energy usage, it was another win for our soccer program.”

Texas Christian University (TCU) in Fort Worth, Texas, has a long history of providing student-athletes with state-of-the-art facilities. The Garvey-Rosenthal Soccer Stadium, where TCU’s home soccer matches are held, was in need of a lighting upgrade to meet the national broadcast standards set by the NCAA. With a plethora of night games scheduled for the upcoming season, TCU officials began the search for a lighting solution that would meet the NCAA standards and deliver to the students and fans an enhanced night game experience.

TCU is no stranger to Musco’s industry leading lighting solutions as they have been installed over the years at the University’s football, baseball, and softball fields as well as its tennis courts and intramural venues. Upgrading to TLC for LED® at Garvey-Rosenthal Soccer Stadium not only met national broadcasting standards but revamped the game night atmosphere. With this upgrade the University will also see energy efficiencies at the stadium increase.

Other key benefits for TCU include: 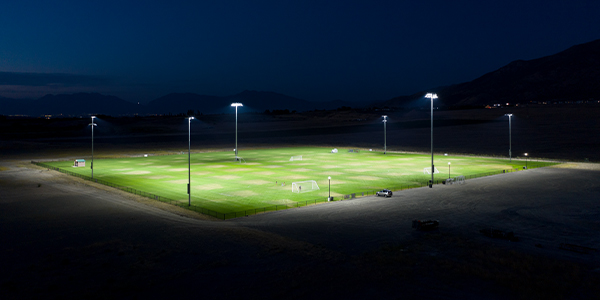