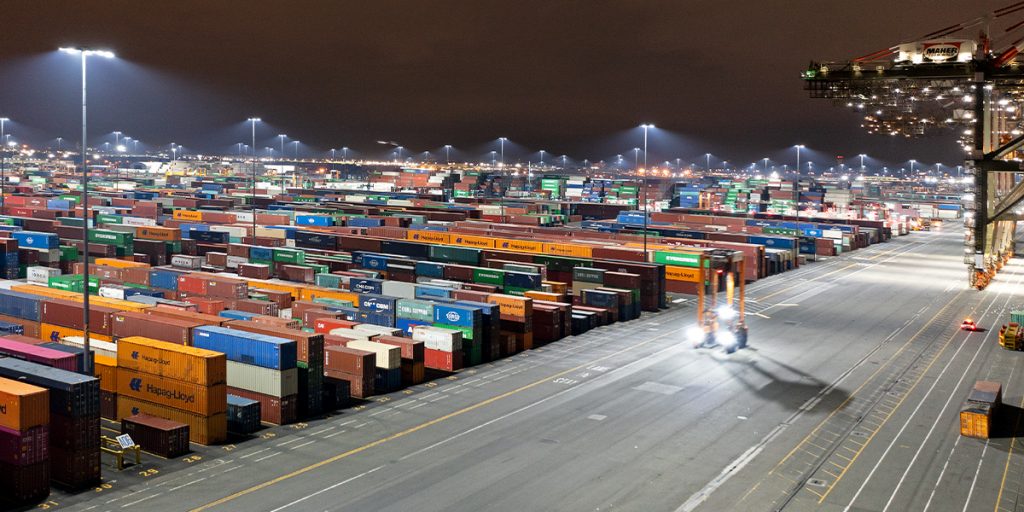 Spanning 450 acres in the Port of New York and New Jersey, Maher Terminals LLC is the largest marine container terminal in North America. Maher Terminals is an industry champion in environmental responsibility and sustainability and has adopted an aggressive Net Zero Emissions program, which achieves Net Zero Emissions by 2040—a full decade before the requirement of the Paris Climate Agreement. When the facility’s existing high-pressure sodium lights had become outdated, costly to maintain, and unable to produce necessary light levels, officials at Maher determined it was time for an upgrade. The company began searching for a new lighting solution that would not only improve light levels and eliminate maintenance costs, but also reduce energy consumption sufficiently to meet the requirements of New Jersey’s Clean Energy Program™ for large energy users.

Leaders at Maher Terminals were familiar with Musco’s reputation and knew the company’s LED technology would provide the desired energy savings as well as the light levels needed for worker safety. They chose to retrofit a new TLC for LED® system onto the facility’s existing 120-foot poles and to replace the lowering rings with new cross arms for added durability. Musco’s Control-Link® monitoring service allows officials to dim the lights when areas are not in use, reducing energy consumption by 61 percent compared to the previous lighting and qualifying the terminal for a rebate  from New Jersey’s Clean Energy Program. After the rebate, Maher Terminals is expected to recover its investment in three years, while Musco’s comprehensive warranty eliminates all maintenance costs until 2036.

“Upgrading over 120 high mast light poles to high efficiency LED in under 3 months in one of the busiest marine terminals in the world is a very complex project. We couldn’t be happier with the design, planning and installation expertise we experienced with Musco. Partners like Musco are critical in achieving our aggressive environmental and sustainability goals, and we look forward to working with them again in the future.” 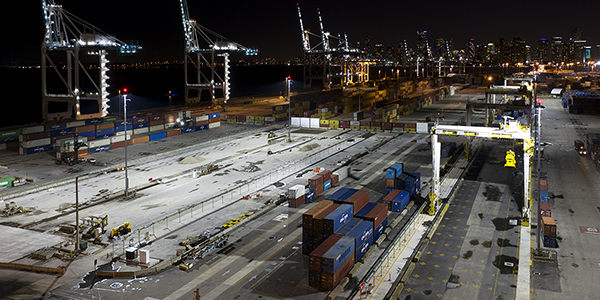