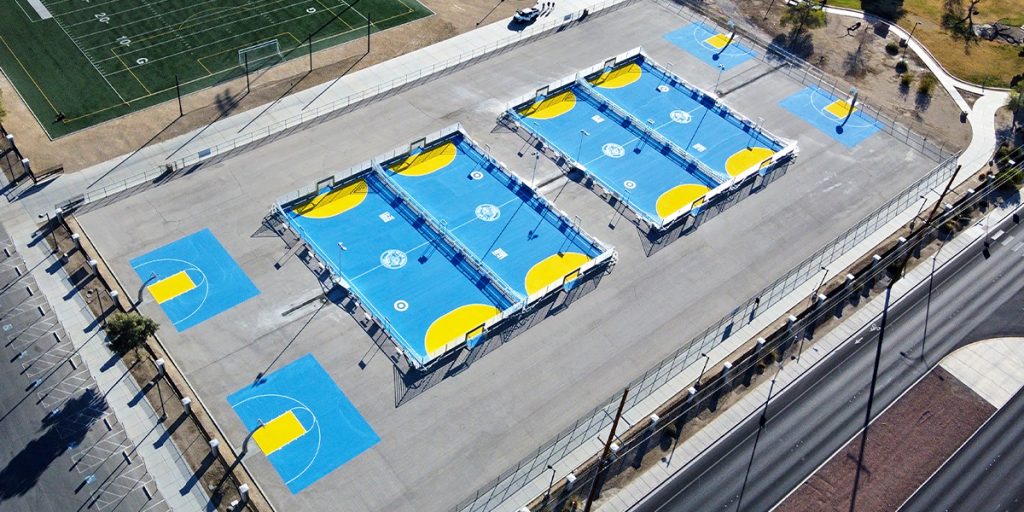 Known as the “Entertainment Capital of the World,” the City of Las Vegas recently wanted to expand its offerings for the growing sport of futsal. A fast-paced, 5-on-5 version of football, futsal is played on a small, hard-surfaced court to give each player more touches of the ball and develop better foot skills. Las Vegas Parks and Rec wanted to transform a large, unused concrete pad at Gary Reese Freedom Park into a hub for futsal tournaments and needed a solution that would be easy to install and maintain, as well as offer controlled floodlighting that wouldn’t disturb dark nights for residents of nearby homes.

Las Vegas partnered with Target and the U.S. Soccer Foundation, who had used Musco’s Mini-Pitch System™ modular sports solution to transform unused urban spaces into safer places to play in cities across the country. The Mini-Pitch System™ features ADA-compliant access as well as fencing, goals, benches, and Musco’s remotely controlled TLC for LED® lights, which extend play time by an average of three hours per day without affecting neighbours with spill light or glare. Las Vegas had partnered with Musco on past projects and trusted the company to provide project management and installation of a four-court mini-pitch complex, as well as a parts and labour warranty that eliminates all maintenance costs through the year 2032. 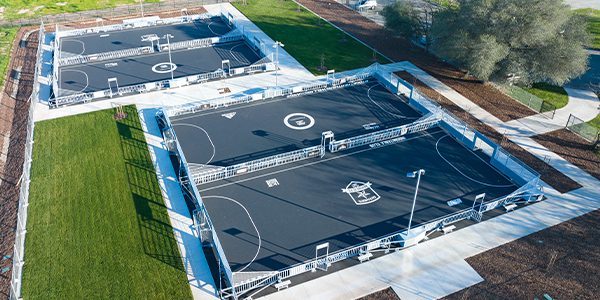 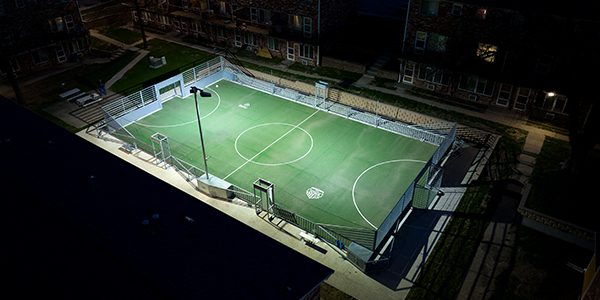 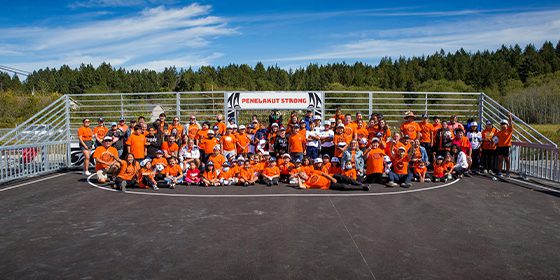