The Night the Light Came on at Notre Dame Stadium

“Tonight, we bring you the night the light went on a Notre Dame Stadium brought to you by technology from Musco Lighting.”

It was September 18,1982, that the Musco Team achieved one of its first watershed moments. At the time, Musco was still a small company trying to make a name for itself in the sports lighting industry. As the company attempted to grow, the same feedback kept coming back the company’s way: “I have a hard time getting my city council to agree to buy from some company they’ve never heard of.” Then, an opportunity presented itself. NBC approached Knoxville Raceway about wanting to televise the World of Outlaw Sprint Car Races. The Team looked at the project, but it would have been too costly for Knoxville to install permanent lighting and the idea fizzled out. But another idea emerged: what if Musco could provide mobile lighting using cranes? In 1980, Musco President, Joe Crookham met with NBC, CBS, and ABC executives to pitch an idea of offering temporary lighting for stadiums and sports events. He then said the company would need to know by April of 1981 to accomplish the project. And Musco did get a call in April, except it happened to be April of 1982. ABC wanted to have the first televised night game at Notre Dame Stadium in six months. And so the Team went to work on an extremely tight deadline, but there was still the matter of financing.

Musco turned to Muscatine First Bank President, George Shepley, someone who had helped Musco more than once, for a loan that ended up catapulting the Team onto the national stage. “Had it not been for him, we could never pulled this thing off.” Crookham says. “George is just one of the many nice people we’ve run into through the years.” And as Musco made it happen, iconic ABC sportscaster, Keith Jackson said it best at the time: “Tonight, we bring you the night the light went on at Notre Dame Stadium brought to you by technology from Musco Lighting.”

And just like that, Musco was on the map. “Keith Jackson saying that left an impression that was just utterly phenomenal,” Crookham says. “The mobile lighting that we introduced in 1982 was introduced for the sole purpose of creating a national image for ourselves.” The “night the lights went on” marked the first of several partnerships between Notre Dame and Musco. Since then, the Team has provided lighting solutions for Purcell Pavilion (LED), Frank Eck Baseball Stadium, Alumni Soccer Stadium, Stinson Rugby Field, and Melissa Cook Softball Stadium. Along with LED lighting upgrades provided for the iconic World of Life Mural (known as “Touchdown Jesus”) and the Golden Dome. 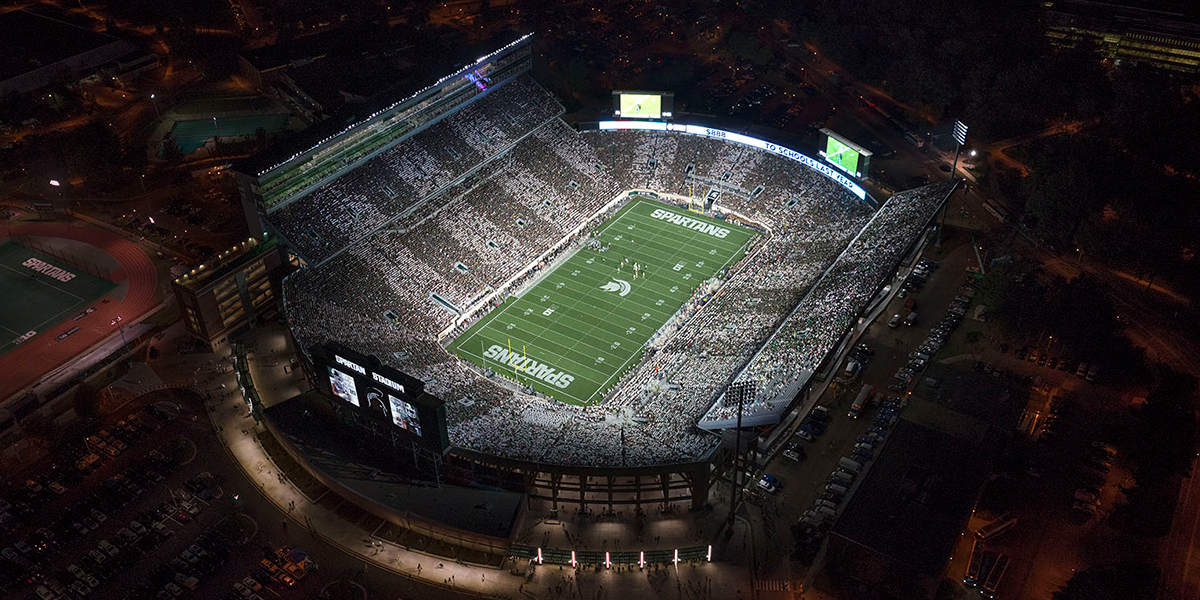 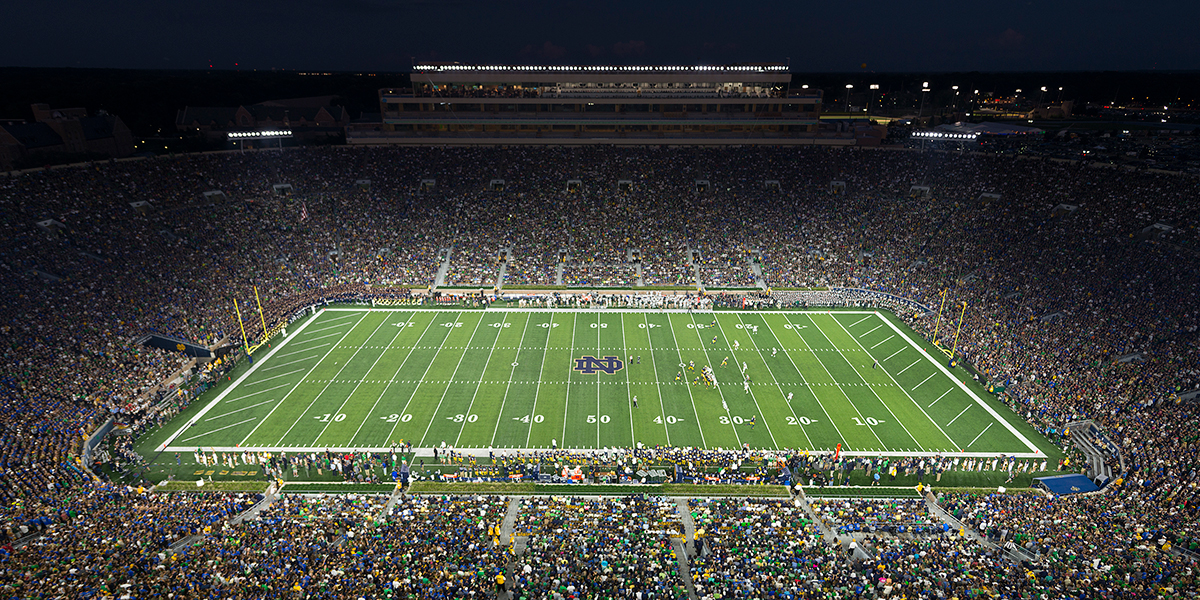