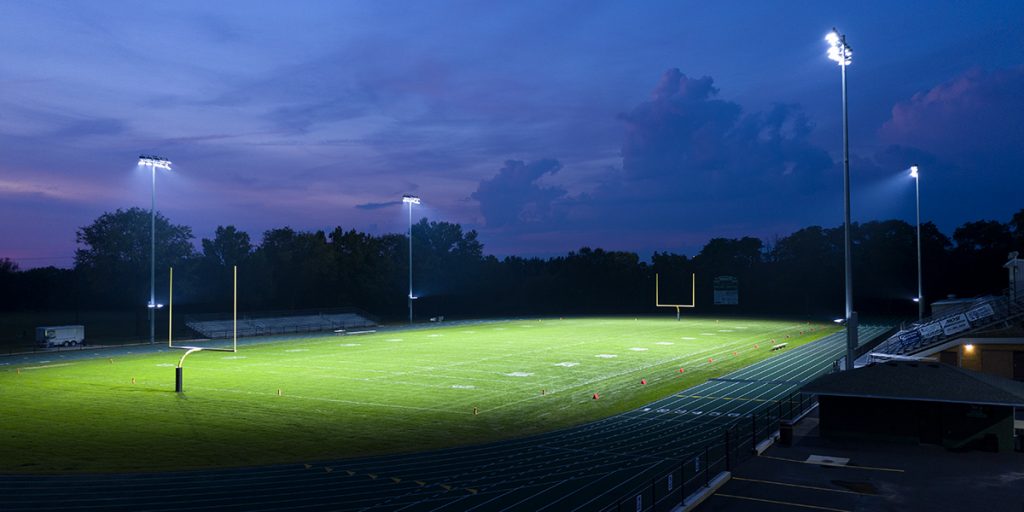 Rock Falls Township High School recently decided to upgrade the lighting at its football stadium due to the previous system’s inability to provide first-rate visibility to its fans and players. Essentially, the school was looking to install higher poles so that players can track the ball better, while at the same time eliminating glare and light spill from intruding upon the neighbors. The availability of cooperative purchasing, which is offered by few other lighting companies, and the company’s considerable reputation, made the school confident that Musco was the perfect choice for the project.