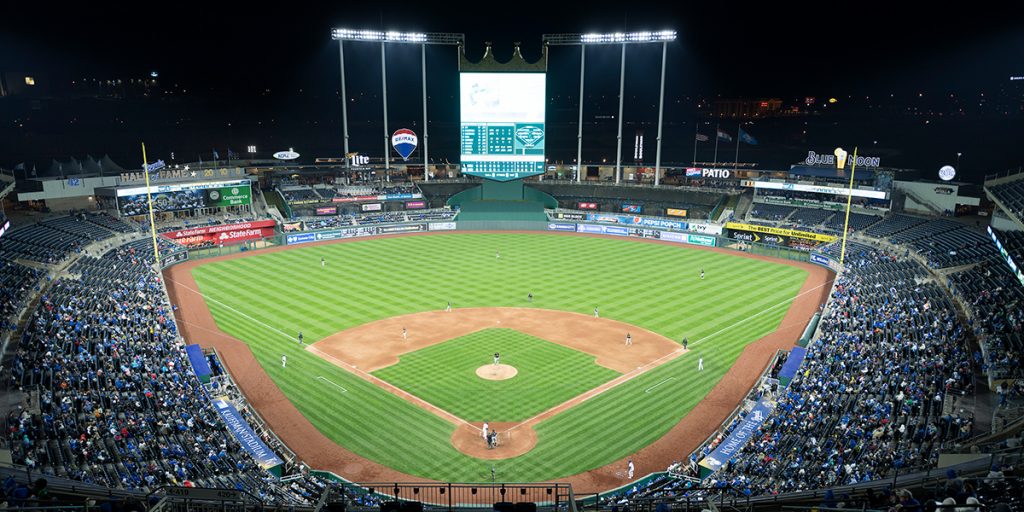 “We try to be good stewards of our resources, for our fans and our players the cost savings alone make this such an important upgrade to an already beautiful stadium. But everyone, on the field and in the stands, will benefit from better lighting at The K.”

Kauffman Stadium – home of the Kansas City Royals – has been regarded as one of the best examples of modernist stadium design in the Major League Baseball. Since the stadium’s completion in 1973, the Royals organization has paired traditional baseball values with cutting-edge technology to establish itself as a leader in stadium experience and design. With the complete renovation of the field in the fall of 2017, owners looked to upgrade their current metal halide system to a new LED system to enhance visibility for both players and fans while reducing energy consumption.

Project leaders with the Royals conducted exhaustive research and explored a range of LED options from several manufacturers and found that quality and performance varied greatly. Ultimately the Royals found the perfect solution with our Total Light Control – TLC for LED™ technology. Our system not only meets the Royals’ needs and MLB lighting standards, but adds many additional benefits: